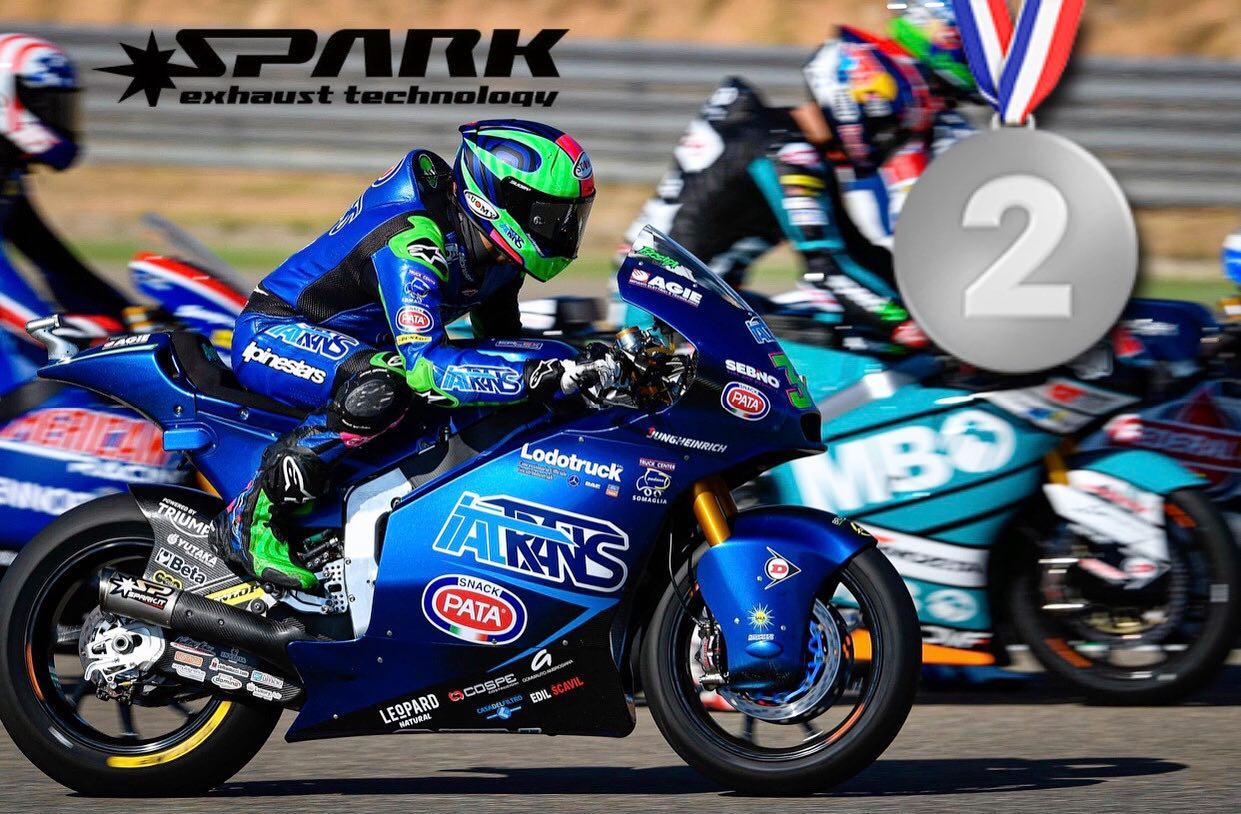 Moto2, Aragon 18/10/2020Enea Bastianini is the new leader of the World Championship with Team Italtrans thanks to the fantastic podium conquered in Aragon. Enea starts from 12th position and carries on an incredible race setting a steady pace allowing him to recover important positions during the race. The last laps are incredible: breathtaking overtakings between Team Italtrans bearer and Jorge Martin keep us breathless until the last lap. Enea finally conquers the second step of the podium and the first position in the overall standings.