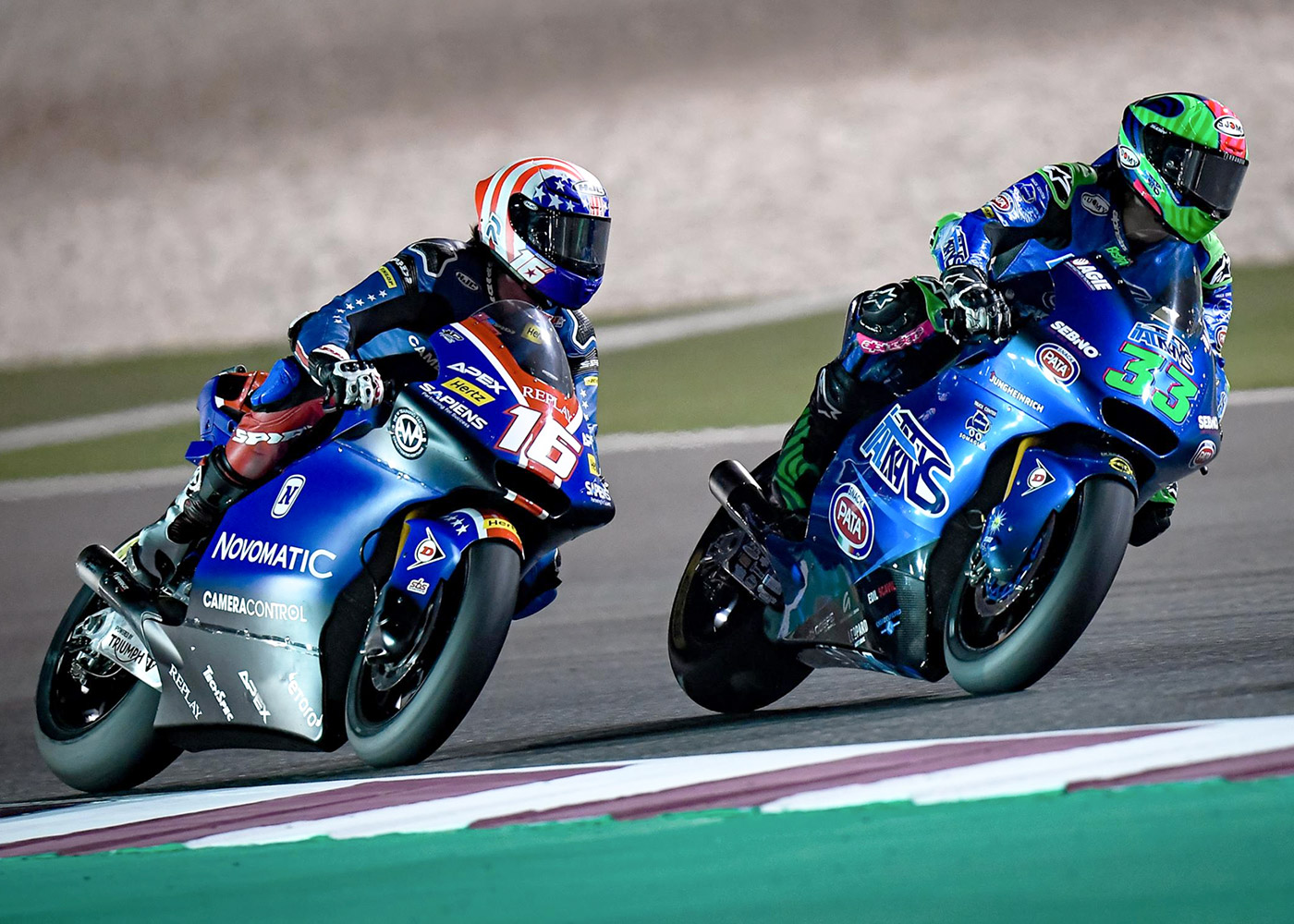 Great start of the season for Spark in Moto2: PODIUM with Bastianini and 4th place with Joe Roberts

Team Italtrans immediately obtains excellent results during free practice with Enea Bastianini who qualifies for the front row and starts from the 3rd box. After a few laps he gets the first position and he sets off a tight race with an opponent for the podium, an amazing bagarre made of thrilling overtakings. After 20 laps at the highest speed, the "Beast" crosses the finish line in 3rd place, he conquers a wonderful podium and concludes the weekend as a protagonist.

The new Moto3 World Champion Lorenzo Dalla Porta makes his debut in the intermediate class in search of the correct feeling with the bike. He concludes his first Moto2 GP in 24th position.

The young American rider Joe Roberts (Team American Racing) is absolute protagonist of the weekend. Following the advice of his coach John Hopkins, during free practice he immediately registers the new track record of Losail Circuit with 1’58 "421 lap time. During qualifying he confirms his talent by winning his first pole position. He starts from the first box and fights in the leading positions throughout the race, he almost reaches the podium and concludes in 4th place in a nearly perfect weekend. His team-mate Marcos Ramirez unluckily concludes his first Moto2 race at turn 10: a small mistake makes him finish his race ahead of time while recovering positions.

We remind you that the Thai stage has been postponed due to the CoronaVirus emergency. The second round will take place on April 5th at the Circuit of The Americas, United States.